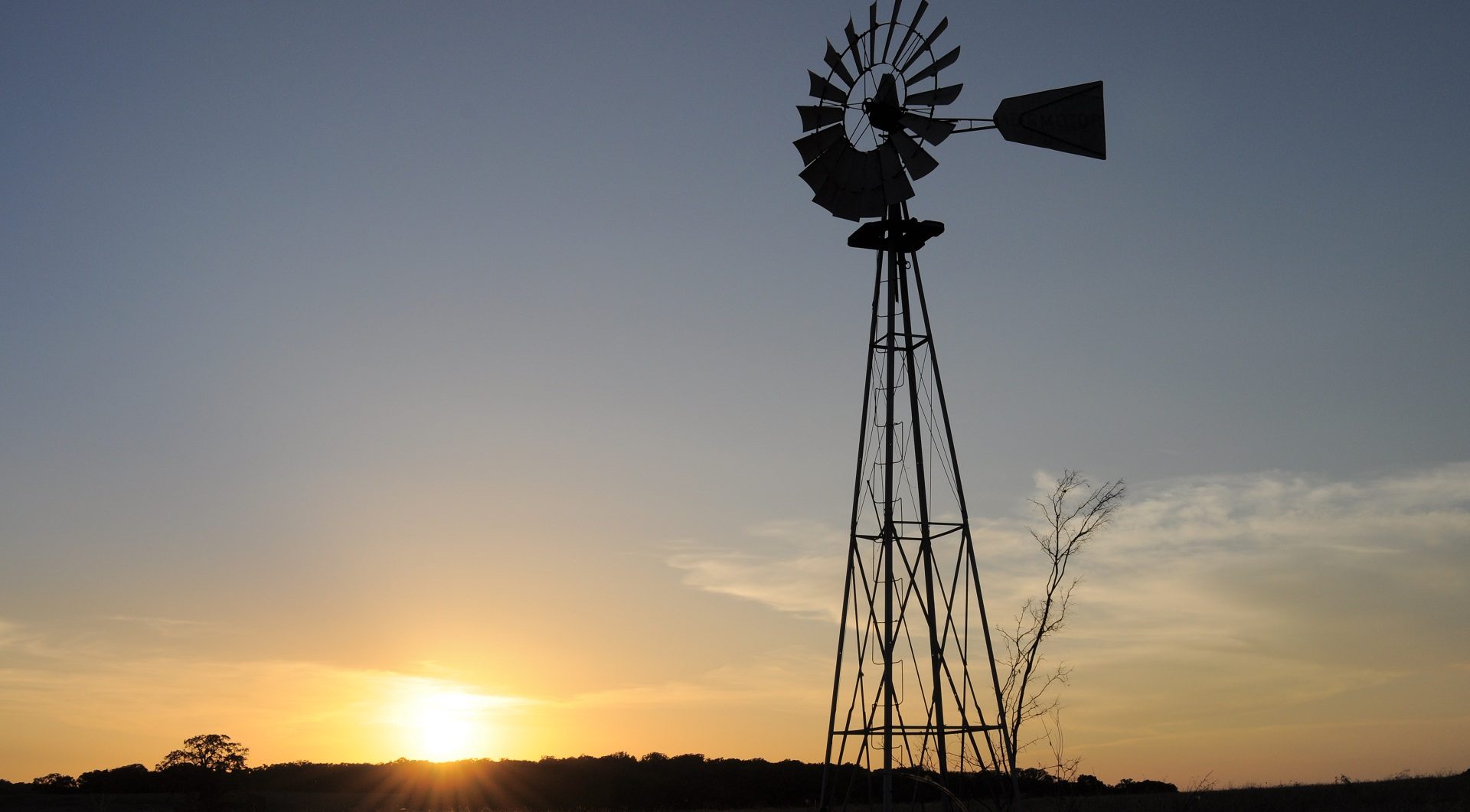 Until recently, people had only a visual impression of what a windmill is. Usually associated with the past. And particularly with times before the industrial revolution.

Currently, however, there is a huge demand worldwide for mills designed with state-of-the-art technology. The term “wind energy” or “wind energy” de, scribes the process by which a wind turbine converts the kinetic energy of the wind into electrical energy by using a generator.
What this introductory guide seeks is to describe the device in simple terms. And also demonstrate how they work, what they were initially intended for, and what their applications are today.

Let’s Start With A Brief Definition Of What A Windmill Is:

Initially, it was a structure with candles. Very similar to that of the ships before the Industrial Revolution. It was used to produce flour from corn grains. To achieve this, the wind would have to push the sails so they would spin. They used to be built entirely by master craftsmen.

Definition Of A Dictionary Explains

The definition of a dictionary explains it in the following way. It is a machine with a horizontal axis that extends in sails, and the wind propels that. Windmills are still used, mainly in parts of the world that have always used them. Water powers some mills

The original pumps were some of the most modern structures of their time
The dictionary takes the definition even further, relating it to a type of human physical exercise that replicates the symbolism and movement of the original windmills.

Windmill Is A Mill That Converts

They are also famous for the central place they play in the classic of Cervantes “Don Quixote de la Mancha.” This definition reminds us that the original windmills were also used to pump water and generate energy.
In modern terms, advanced windmills operate with only three blades, and are mainly used to generate sustainable sources of electricity and energy. Nowadays, mills are also known as “wind turbines.”
According to Wikipedia: A Windmill is a Mill that converts wind energy into rotational energy from paddles called sails or blades.
The controlled speed mills rotate at the same speed, regardless of the speed of the wind. They use a gearbox capable of converting the slow pace of the rotating blades into rapid rotary motion. In this way, electricity is generated at the correct frequency for the network to which they are connected. Variable speed mills, on the other hand, to modify the speed of rotation based on the force of the wind.

Wind currents occur as a result of uneven heating of the atmosphere by the sun, the rotation of the earth and irregularities in the surface of the same. Wind patterns change from place to place and change when they come into contact with bodies of water, vegetation, and differences in the terrain. The next section explains briefly but precisely how a windmill works. By supplying them with more extensive information, readers will learn that understanding the technological processes initiated by a wind turbine is simple. Because the way a windmill works follows a simple process.

So we can continue to rely on lay terms to explain it.

We experimented with different options and designs when modern wind turbines were built. Nowadays, the universal mechanized principle is to operate the turbines using only three blades located around a rotor that is connected to an axis. Two-blade, even single-blade mills have been tested. But those with three leaves work best.

As the name implies, the pump gets its source of energy from the air currents. An interesting fact is that the most modern turbines rotate in the direction of clockwise. Depending on the wind speed, the current turbines can operate at rates as low as four meters per second, up to speeds of 15 meters per second.

Modern windmills can make the most of subtle wind gusts

Once the turbine blades rotate an axis located inside a box located at the top of the turbine, the gearbox comes into operation and provides higher rotation speed. An internal transformer of the turbine converts electricity into voltage susceptible to distribution to the national grid.

By this point, most readers will know that modern wind turbines have the primary goal of producing wind electricity with minimal environmental impact. The following notes are only to point out the advantages of this sustainable initiative.

The environmental impact that it entails is, however, controversial. We will also see this point later.

Whether they are located in urban or rural sectors, they are usually installed in areas of low, middle-class socioeconomic population. It is criticized that in this way his right to a comfortable environment is being impacted. Also, nature lovers continue to discuss the impacts that these structures could have on the migration patterns of some bird species.

As already mentioned, the primary function of a wind turbine is to use the energy generated by the wind and convert it into usable and renewable energy. On a smaller scale, independent users can place their wind turbine and produce their electricity at no cost.

The most important thing is that wind turbines contribute a lot to reduce the consumption of fossil fuels. It is not necessary to say that the more nations use them, the higher the reduction in the use of fuels of this type. Therefore, they have proven to be a better source of energy. 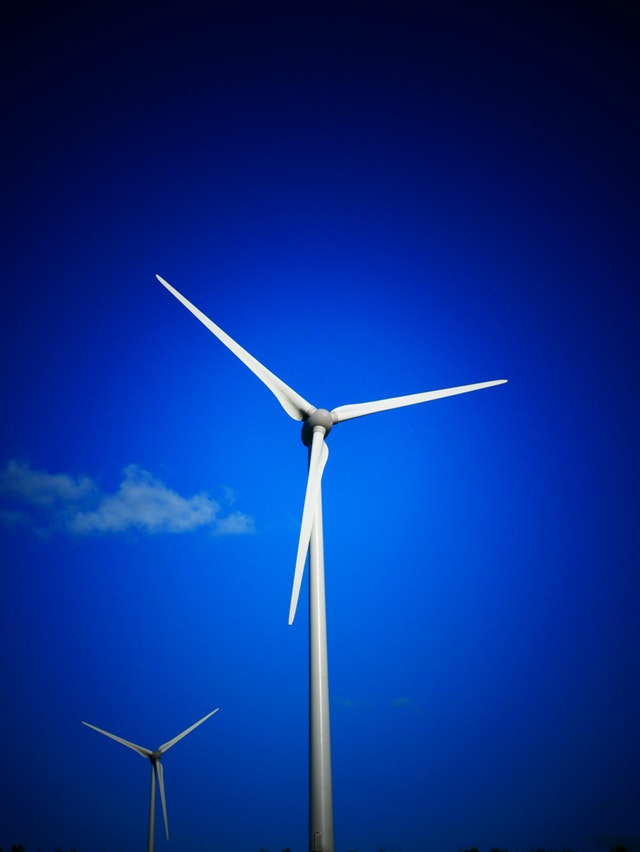 Previously, we referred the pump as part of a traditional national method for generating energy. Most people today, still associate the mill with a symbol of Dutch identity and is recognized as part of the richness of its history and its cultural heritage.

Main components of a windmill

To help you understand how modern wind turbines work, we can also take a look at some of their main ingredients. And the function they have in the wind turbine. Here are some of the characteristics of wind turbines:

Blades: We must mention this element once again because it is the most recognizable and the most important of the wind turbine. An additional function of the modules that is worth mentioning is that they control the speed of the rotor and prevent it from operating at too high or too low rates.

Rotor: It is the next in importance. It is the technical term for the complete structure. It is also known as a propeller.

Anemometer: This vital component measures the wind speed and transfers the obtained data to a controller.

Tower .: This is another very recognizable element of wind turbines. The turrets of the current turbines are made of steel and concrete.

Finally, it is convenient to emphasize the importance of wind turbines in environmental sustainability. As well as its fast and highly efficient response to problems such as global warming and climate change.

Exponential benefits are not only crucial. If not, they are also evident in places that begin to use more and more wind turbines. Mainly in developed and developing nations. To finish This guide on windmills, and their natural successors, wind turbines, we will highlight some of the positive effects they have on humanity and the environment

This error message is only visible to WordPress admins